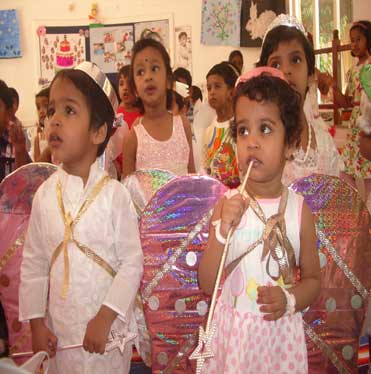 nels have always been considered the epitome of goodness.  We at Auro Mirra celebrated “Be an angel” day on the 22nd of August to inspire students to be like angels, ever forgiving and learning to  help others in need.  It was a visual treat to see the kids dressed as angels and trying to behave like one too!  The idea was not restricted to girls alone.  After all where is it written that boys cannot be angels?

The creativity and effort taken by the parents was amazing, especially the way they came up with innovations for the wings, the crown and the wand.  It was as if heaven had descended on Auro Mirra to enjoy its green lush environs!