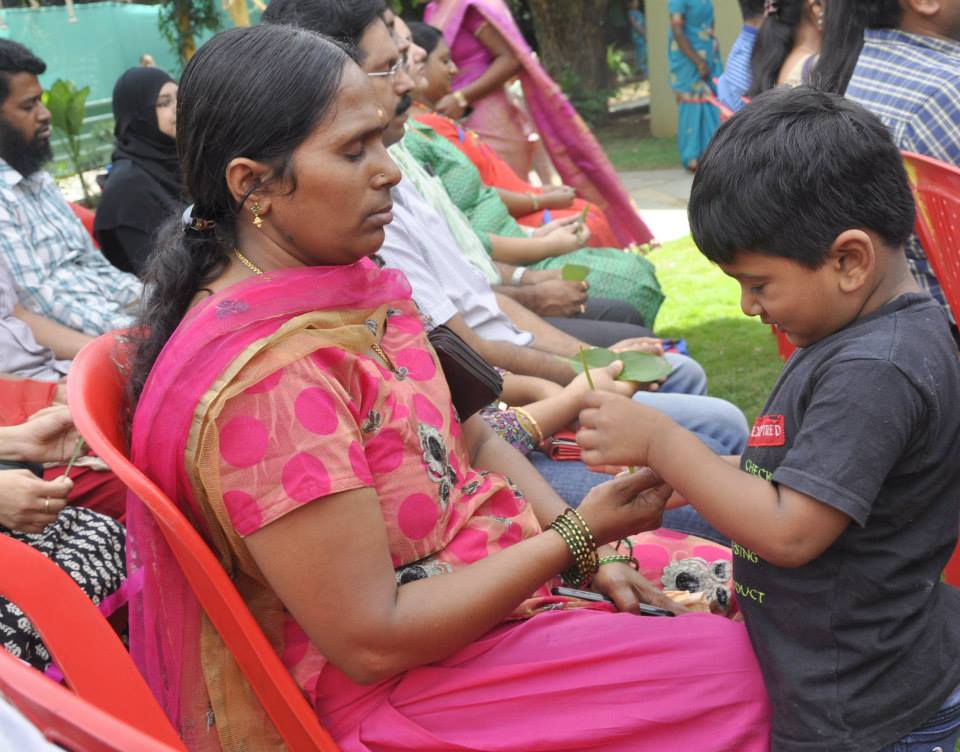 More Photos >>
Orientation Day this year was on 30th of May, 2015. It was a gathering of curious parents, who came to quench their curiosity. By the end of the day not only had they found answers to all their questions but had also been inducted into new family that would offer their children a whole new world of education, with a difference. It was a pleasant Saturday morning, which started with an introduction to the Auro Mirra team, by the students of AMIS. Harvinder Didi addressed the eager parents, briefing them on the true meaning of education and the concept of Integral education. Yamini Didi put forth the rules and regulations followed at AMIS. This was followed by an ice breaking session through which the parents interacted with each other and got to know the campus better. The day ended with planting and handing over of saplings to the parents, followed by refreshments.