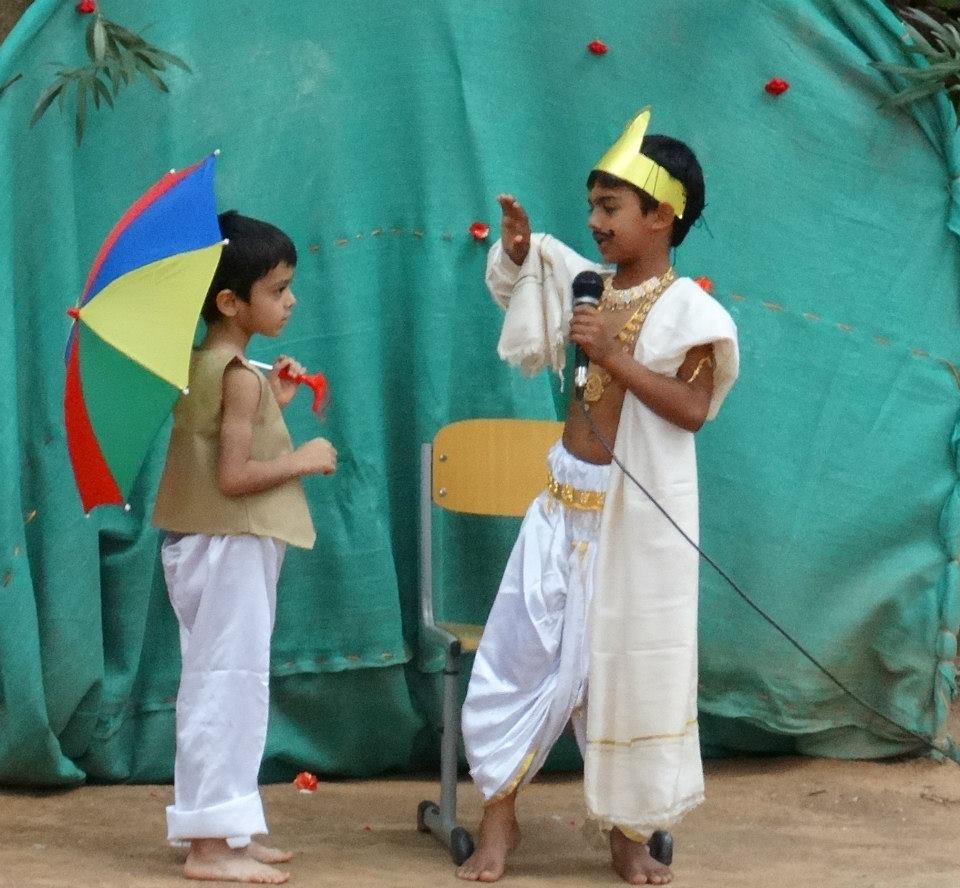 More Photos >>
We at AMIS believe that every festival adds to our joy.  To spread the joy of Onam, the Kerala State festival was celebrated on August 27, 2015, in AMIS, by decorating the front office with beautiful flower rangoli, known as the ‘Pookalam’.  In an extended morning assembly, the children showcased the significance of Onam through a skit, which included a song and a traditional Onam dance.  Children were excited to see the King Mahabali and Lord Vishnu, appear before them and the skit helped them to comprehend easily, the significance of the festival.  Later, banana chips were distributed to all children and Diyas.