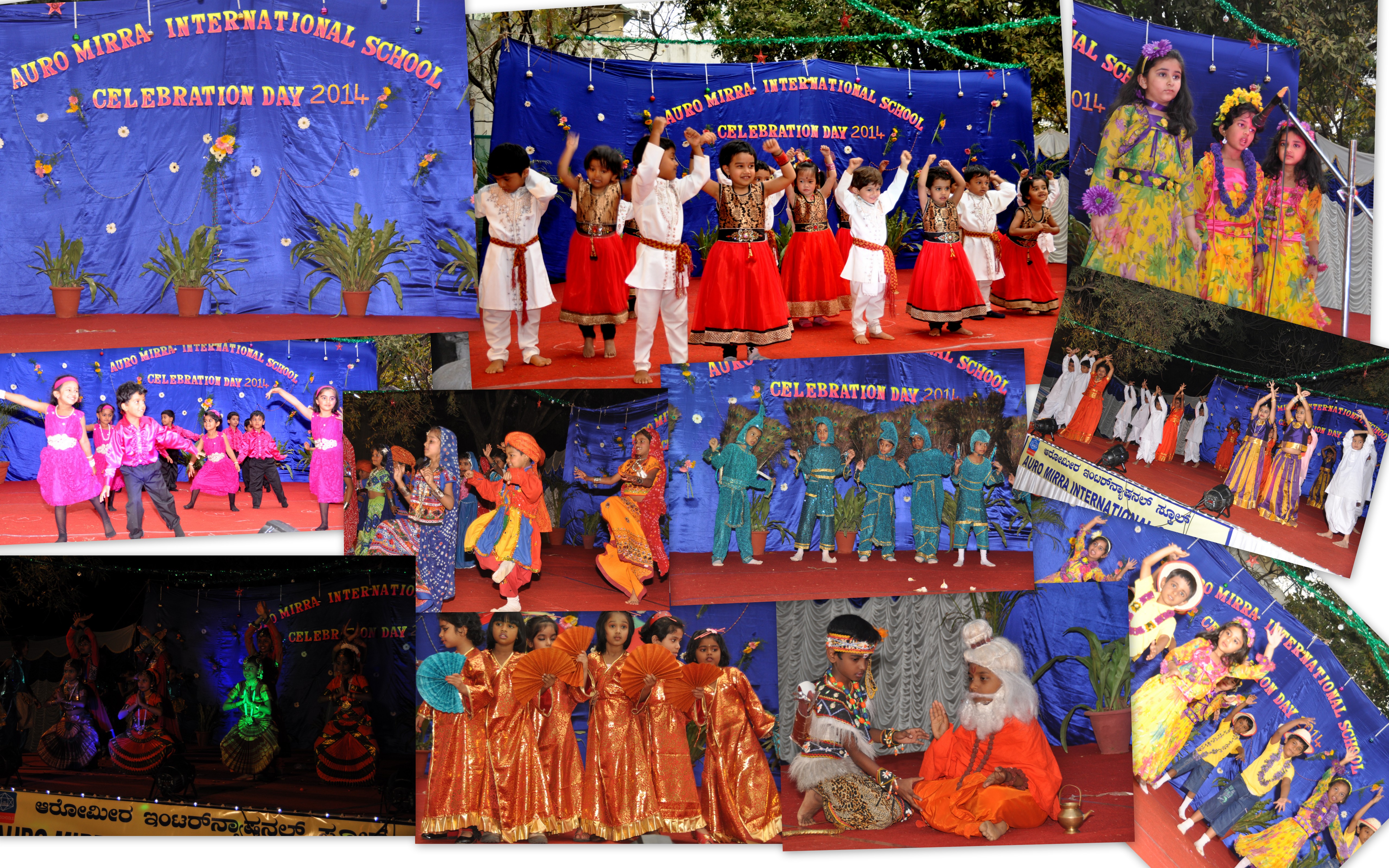 The swish of fabrics, tinkling of laughter and the rhythmic lifting and dropping hum of excited voices heralded AuroMirra school’s big day…the Annual Day Celebrations. Anticipation crackled in the air as parents converged in full force on the campus, to cheer their little ones. And without much scope for disappointment the programme got going well on time on a pleasant Saturday evening of the 15th of March.

Their voice had all the warmth and bubbliness that one can expect from an enthusiastic bunch of four, in ages ranging from 7 to 9 years. The evening had now got started and the performances began with an Invocation song by the 4th and 5th standard students. The youngest flock of the school, the Nursery children had all the parents gushing over them with their rendition of the foot-tapping song ‘JAI HO’.

The rest of the evening progressed with the children’s age, beginning with the 3-4 years old. The performances had as much appeal and diversity in them as the range of personalities of its little performers. From western songs (and a chinese song to boot) to classical Indian dances and goan folk dance; from a sanskrit skit to a peacock dance; the range covered the length and breadth of a cultural landscape. There were modern western dances, dances from Gujarat and ones that crossed the international waters…Chinese and Spanish dances.

What made them all come alive was the near efficiency of the organisers and the earnestness and genuine delight of the young performers. The parents could be seen, by turns, beaming with pride as each of their offspring made their moves on the stage. As the evening light faded and the flashlights and spotlights became brighter, a video screening ‘Glimpses’ brought the curtains down on the year gone by. The parents were taken on a visual journey of the highlights of the year. The show took a bow with a vote of thanks and everyone stood up in respect when the national anthem was played, before moving on.