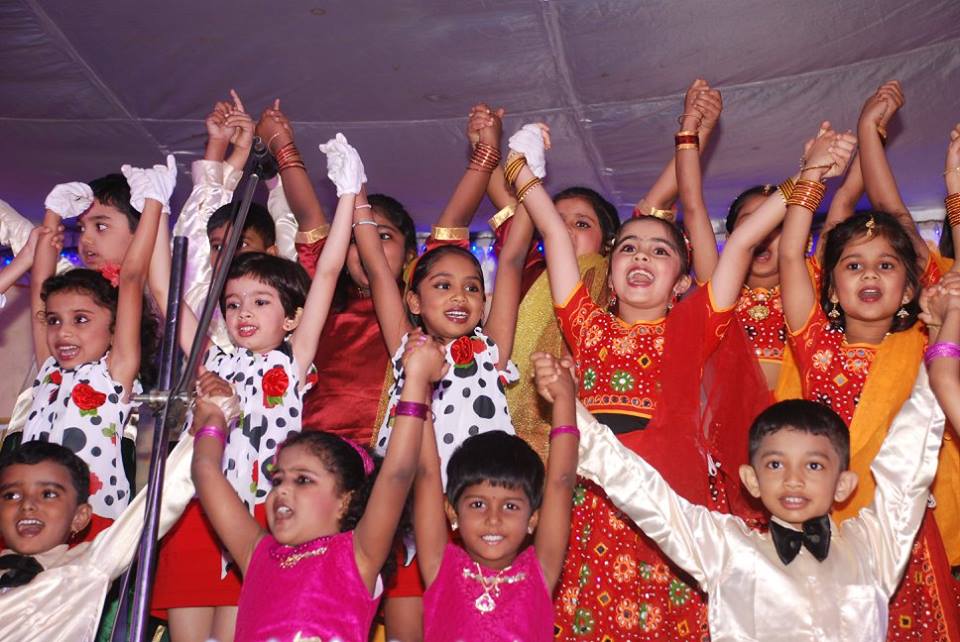 More Photos >>
It was a pleasant evening that welcomed the parents on the eve of celebration day. Bright colourful lights lit all along the path way and the beautifully designed stage promised an exciting evening ahead. The children decked in grand costumes could not contain their excitement to show off their talents. When it was time for parents to be let in they rushed in to grab seats which offered the best view. The programme commenced with a short silence which is the tradition of the school.

The pre-primary kids unruffled by the crowd entertained the audience with their dance performance. Some of them sang along with the primary children. It was then the turn of the primary kids who in the true sense portrayed “Unity in diversity” with dance numbers of different states and languages. They swayed and twirled gracefully mesmerising the audience. Yet other groups presented a medley of songs. The enthusiastic crowd cheered the students all along which heightened their spirits. When it was time for the show to end, happy albeit reluctant parents returned home with their children.